From reflector vests to rugby kits, our Storeman at S4, motivational speaker, IRB Level 2 coach and nutritionist, Enrico Grootboom has made a positive impact in the community of Gelvandale and surrounding areas.

His passion for rugby and his hearts desire to keep young boys in the area out of gangsterism and off the streets, made him eager to start an initiative to keep them busy by playing rugby, because sport is almost non-existent in most of the schools in the area.

So, with the help of his wife and kids they instantly got a few boys off the street, started rugby practice and attended to their needs. The team went on to winning several tournaments in Tag, Touch & 7’s rugby. Leaving Enrico and his boys with no doubt to register the club.

Live every day like it's your last but never expect anything in return when helping someone. In order to change the future in an area, province or country we need to change the minds of the youth while we can.

Enrico started the Gelvandale United RFC in 2015, and was officially registered with EPRU and SAFRU in 2020 thanks to S4 for sponsoring the club with rugby kits, allowing the club a much easier registration process with the Union. The club is mainly for juniors from the ages of U/13 to U/21’s and most of them have been playing together for last 6 years!

Grootboom believes that the club has saved many lives, as kids from as young as 10 years old are involved in Gangsterism. The club consists of kids that started with nothing and are currently attending schools such as Westering and Alexander Road High School, which is definitely a positive milestone. Gelvandale United RFC has also provided a home for one of their players who has already finished his schooling career.

The club has been growing as they now have their own management team whereby Enrico is the chairman and the head-coach. More players have been joining the club on a weekly basis and even schools in the area are sending players their way!

Gelvandale United RFC has achieved many accomplished thus far which include 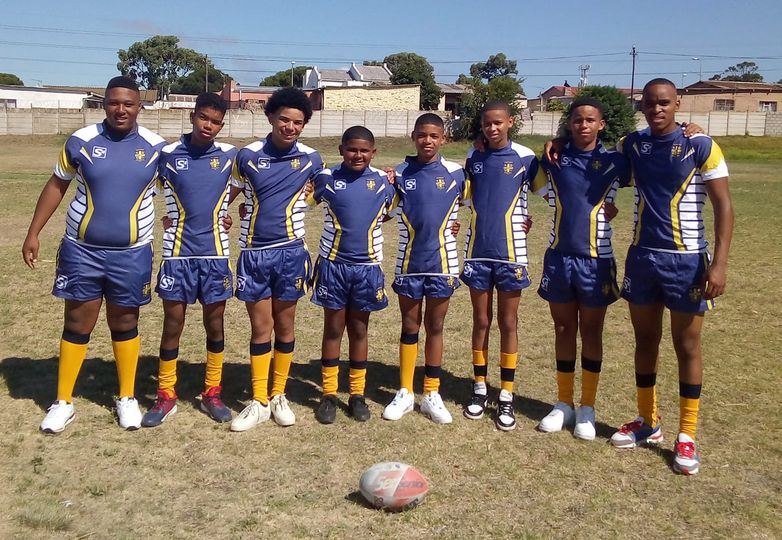 My goal in life is just to do what's right for a child, I know how it felt trying to become something in life with so many challenges. People must believe in themselves and work hard towards their dreams. Rugby is not just a sport nowadays it's a career and can be life changing.

Despite, all the achievements and immense impact Enrico and the members of Gelvandale United RFC are doing for the young boys in the area. There is still a lack of financial support and assistance.

If you’re by the means to donate or sponsor the club, you’re more than welcome to do so as the club still needs a lot more such as rugby balls, equipment for practice, masks and sanitizers. Their biggest challenge at the moment is the absence of rugby poles on their home field and two sets of jerseys for u/15 and u/17. With this being said, the club would also love to have an official launch in the near future.

The club prefers not to take monetary donations, and would rather ask for sponsors to pay for what is needed.

Feel free to contact Enrico directly at 0781879144 or at enricogrootboom1@gmail.com. You can join their group on facebook Gelvandale United RFC and see what they are up to!

S4 gives back to the community

S4 Integration hosted a 5km charity fun walk on the 28th of September 2019 at GrassRoof in Port Eliz...

S4 honoured Nelson Mandela's centenary birthday on the 18th of July 2018 by donating to the Isithemb...